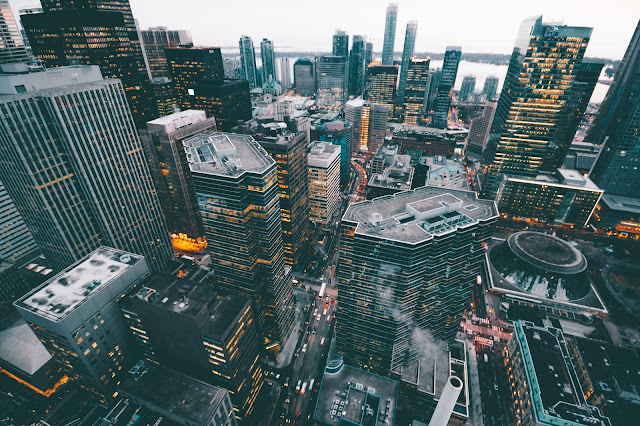 I think we all have friends that have left where they grew up to pursue big-city dreams. I know people that have moved to Chicago, New York, and Los Angeles. Sometimes it's everything they wanted, and sometimes they quickly realize that there's no place like home. Maybe you have been that person yourself, dying to leave your town for somewhere a little more glamorous.

I, however, am going to be the one explaining at my high school reunion that I left Denver Colorado to go live in tiny midwest towns in Missouri, Indiana, and Kansas. That is a long story that I share more about in this blog. 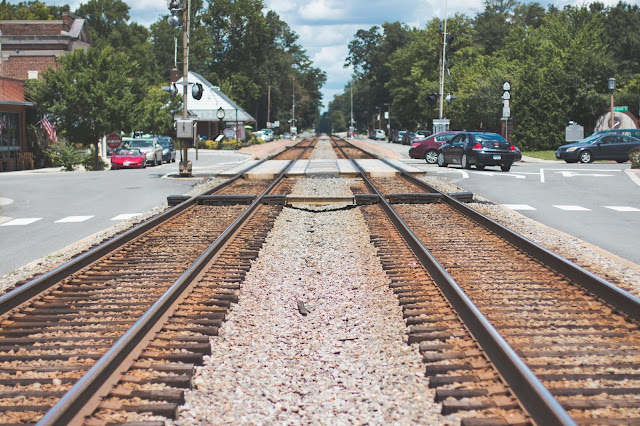 For today I want to dive into the cost of living comparison between small towns and big cities. I'll preface by clarifying that I am in no way a financial analyst, a real estate agent, or an expert on the economy. I'm just a girl that has lived in towns of all sizes, and I'm fascinated with the difference your location can make in your quality of life.

I'll show you some very interesting differences in a few towns in a bit, but first, we are going to look at some general data by state. I found an interesting site that shows the annual mean wage, median monthly rent, and the value of the dollar by state. Check out the whole chart and article here. If your state has a high median rent, but that dollar value has dropped below a dollar, you are in a high cost of living state. 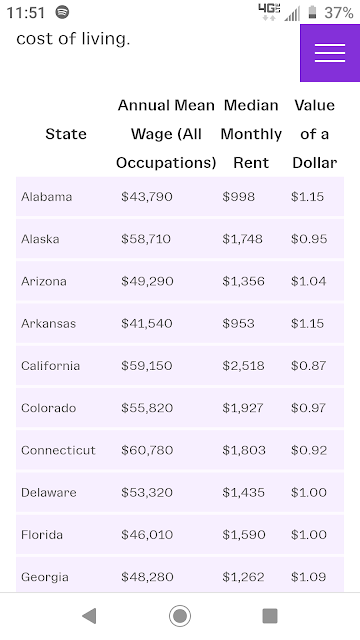 Obviously, the quality of your life will be pretty different if you live in Hawaii compared to Mississippi. But what about drastic changes in cost for towns that are only a few hours apart? I found another interesting calculator that shows your cost of living by the town instead of just looking at overall states. Try it out here. They even go into very detailed information about what certain things like food, coffee, and a haircut will cost you. Apparently, I'd pay almost double for potatoes in Chicago, but I'd save some money on washer repair.

I tested it out pretending we were moving from Fort Wayne Indiana (population 267, 633) to Chicago Illinois (population 2.7 million). It's about a 3-hour drive between these towns, but the cost of living differs drastically. Our cost of living would increase by over 34% if we made this move! 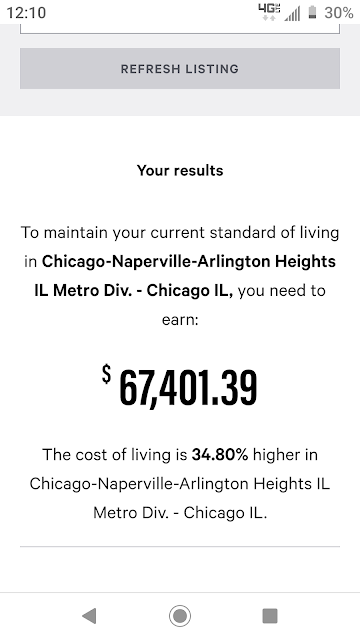 Now for the fun part, looking at houses on Zillow that we can't afford! This has become one of my favorite pass times. It is particularly interesting to look at houses with similar square footage and compare the prices around the country. My Mom would love for me to move back to Denver, so she often sends me houses for sale to try to show me that the cost isn't so bad. I always win this game by shocking her with a stunning house for under $200K in Fort Wayne. I've never had much of a desire to own a house, but after moving around a ton since I turned 18, the idea of settling down, building roots, and buying a home I can get creative with has become very appealing to me.

Obviously, there is a lot that goes into the home buying process, but to keep this simple we are just looking at price and square footage. We aren't going to dig too deep into the condition of the houses.

Here is a lovely 4 bedroom 1,841 square foot home currently for sale in Fort Wayne. It lists for only $72, 900! My husband and  I are nowhere near our dream salaries but we could absolutely afford to buy this home right now if we really wanted to! 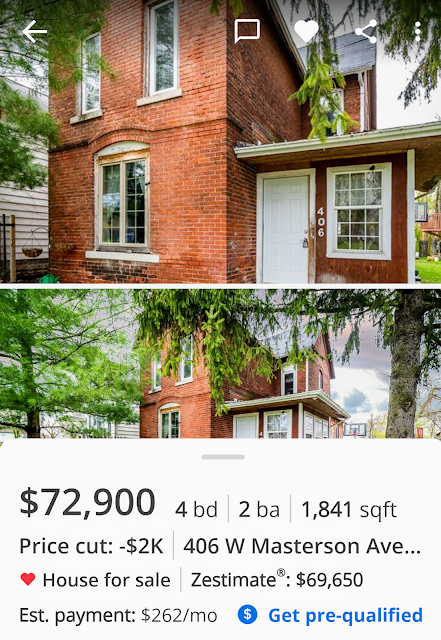 Here is a similar size home in Denver. And lucky me, they have just dropped the price by 15k! Just kidding, this house still goes for over half a million even with the price cut. 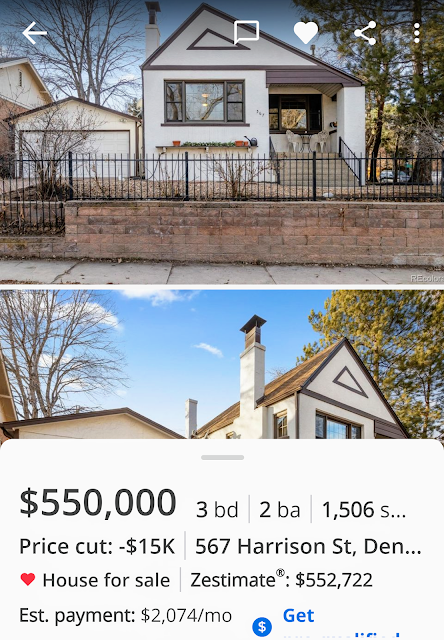 Let's go back to our comparison of Fort Wayne and Chicago. Since these towns are only a few hours apart, maybe we will have better luck closing the housing cost gap. This is another 4 bedroom brick house. Very similar to the first home I shared, but it is more than 4 times the price! I know we would make more money if we lived in Chicago, but I am positive we wouldn't make even 3 times what we currently make. 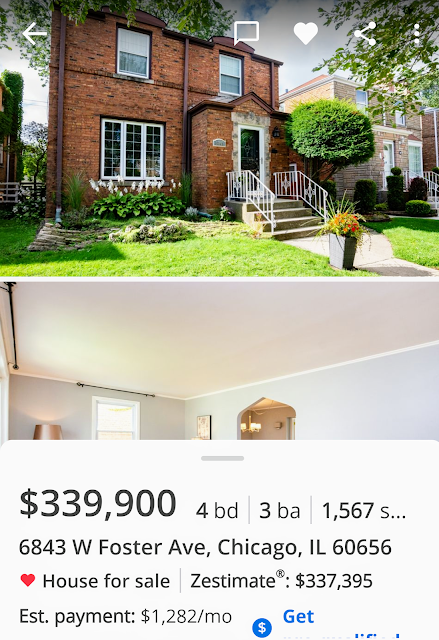 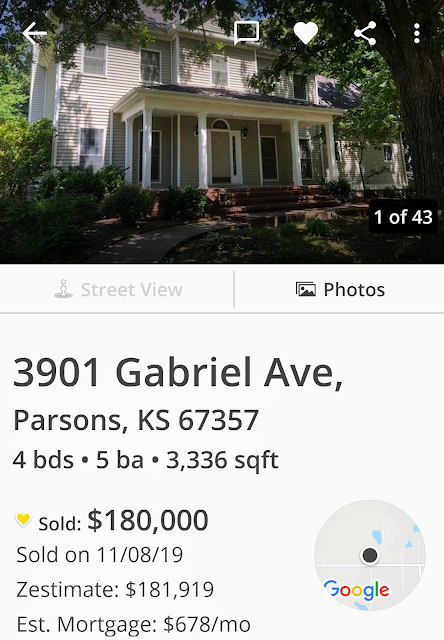 Parsons is where I moved to from Denver and it is a cute little town of about 10,000. You would get a great deal on a mansion, but you would also have to give up Target, Starbucks, and having a mall within 30 minutes. For some people, that sacrifice is not worth the dirt-cheap housing. I personally fell in love with small towns when I moved to southeast Kansas, but I know it's not for everyone. I hope this post gave you a little insight into how much your location can affect many areas of your life. Weather you have big city dreams, or you desire a quieter pace of life, I encourage you to do your research about cost of living before you ever move somewhere new. 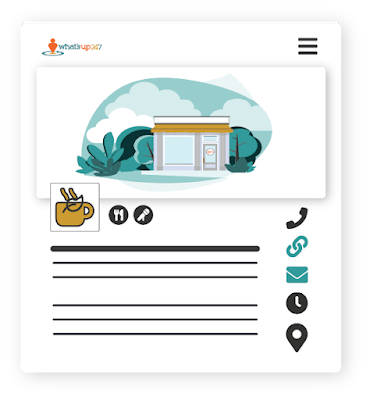